Should we use professional talent or amateur talent in our business video?

This is a very important question and the answer will depend on a number of factors. I'll discuss the points you'll want to consider to make your choice.

Which way should I go?

The cast you select for your next video can cause it to sink or swim. It can impact its ultimate effectiveness and its ability to meet your goals. One important question is whether it’s better to use amateur in-house employees as actors or professional actors.

It is a question that has continually presented itself to me in my line of work. For over 13 years I was the Manager of Video communications for Burger King, and now I run my own video production company with a specialty in video production for the food services industry. I’ve experienced the ups and downs of both types of talent! I would like to share my own insights into the pros and cons of using both types of acting talent and to make some suggestions on how to choose wisely.

Here are the PRO'S - The following are reasons for choosing amateur actors:

Cheaper labor: For some budgets using an in-house employee is the only option. A professional actor usually runs from $250 - $550 per day. The lower end of the scale is for extras and actors with no lines. An actor with dialogue can reach the upper end of the pay scale. An in-house employee can cost either nothing extra or only what they would be paid for their regular job. This can be considerably less than professional actor rates.

They know procedures: Whether it’s preparing food, using equipment, or greeting a customer, these people know how to do it with ease. This means that there is no need to train them, and this can also cut down on the number of takes required to capture a process on camera.

What if you are dealing with a complex procedure that only a trained employee could perform? Then it can be necessary to use an employee who is well trained instead of an actor. However, what if you want to create a particular image on screen and your amateur employee actor does not project that image? In some circumstances, it is possible to use both a trained employee and a pro. For example, your director can shoot a close-up of the amateur’s hands doing the action. He can then cut to the professional actor’s face, making it look like he/she was the one doing the performing. In this way, you can use an actor that you feel would project the best image for your video.

Make sure the amateurs’ hands look like they could belong to the professional actor. Also, keep in mind that someone who works with their hands on the job may have injuries, so you may need make-up for the hands. They may not have well-kept fingernails, which can be very unappealing and distracting during close-up shots. You may wish to invest in a manicure for them.

They can help on the set: An employee of the company with a good attitude can often do more than just act. They can help speed up the process by doing some of what their actual job is. For example, they can help with setting up an area appropriately.

Here are the CON'S - The following are reasons for NOT choosing amateur actors:

Lack of acting skills: Most amateurs do not have the skills necessary to act naturally. They are often not comfortable taking acting direction.

We recently shot a commercial using amateur volunteers. They all had a tremendous passion for what they were promoting and spoke of it with natural excitement. Yet with one person in particular, once the camera was turned on he could barely speak. Although we encouraged him to speak from the heart, he spoke like he was reading a script poorly, though there was no script.

After a lot of coaching and many, many takes, we thanked him for his time and released him for the day. We could not use him in the commercial. We would have never guessed that this outgoing and enthusiastic person would have performed like this. 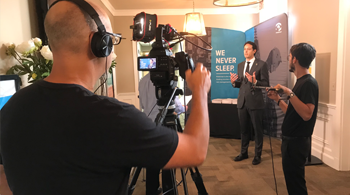 Though he was a little extreme, you will find that most amateurs will often not be able to give you exactly what you were hoping for, if there are any lines involved. With dialogue, expect more takes for each scene then you would need with a professional. Don’t forget that more takes mean more time spent shooting, which can affect your budget.

Inappropriate appearance: What you see is usually what you get. When you use amateurs, you don’t have the kind of choices you would have using professionals. The appearance of the actor creates an image and tone for your company video and can impact the videos overall effectiveness. It’s wise to make certain that there is nothing visible that would go against the policies of your company, as well as anything that would be distracting on camera.

Lack of commitment: I have found over the years that amateur talent often does not take their involvement as seriously as they should. For example, I’ve had many amateurs simply not show up or cancel at the last minute. This is not their real job or their livelihood and they are less inclined to show dedication.

When you combine a lack of commitment with the discomfort that many amateurs feel when you point a camera at them, you can expect the shoot to go more slowly and with more difficulty. Even professionals get the giggles on the set. You have probably seen this on “bloopers” shows. Usually, they have the discipline and skills to stop quickly and move on. I have found that a common problem with amateurs is that they get the giggles and keep them for longer periods of time. They are just not used to being in front of a camera, bright lights, and crew. They are usually more nervous than a pro. This can increase your production time and even costs.

Here are the PRO'S - The following are reasons for choosing professional actors: 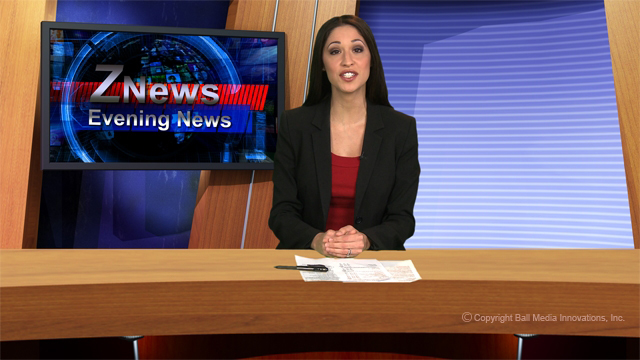 Talent & experience: Of course this is obvious. These folks are usually more coachable. They can project whatever you need them to with their expressions, body language, and dialogue. Do they need to appear confident, friendly, or patient? They have the skills to take direction and run with it. They are usually much easier to work with than amateurs, require less attention, and require less takes to get a scene right. They are comfortable acting in front of a camera and with people watching. They will appear more natural and will simply act far more effectively than most amateurs.

Professionals even tend to help on the shoot with issues such as continuity. For example, they will take a mental note about details such as which hand they were using in a scene, in order to ensure proper continuity in the video. Amateurs will not usually know to look for such things and will generally not be able to help with these issues.

Appropriate appearance: By going through an agency you are given a wide selection to choose from. You can choose the look of the actor. This enables you to choose an actor whose look is consistent with the image you wish to portray.

Having a choice of actors also allows you to reflect diversity in your casting.

Greater reliability and commitment: This is their career and in my experience, I have found that actors aim to please. They usually arrive on time, stay late if needed, and are highly interested in following direction and doing a great job. They come with the right appearance and generally take good care of themselves. On the rare occasion that an actor can’t make the shoot, the agency will send an appropriate replacement.

Here are the CON'S - The following are reasons for NOT choosing professional actors:

Greater expense: This needs no explanation! 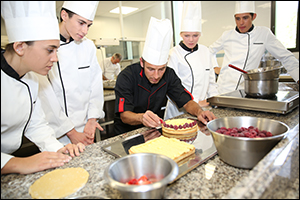 Lack of Technical knowledge: If technical action is required, a professional actor may require some training. It can take time for them to get to the point where they look natural doing the action. Ego problems and problems “roughing it”: There are those pros who feel uncomfortable with some of the things we require of them. For example, When making foodservice videos I have had actors who complained when asked to wash dishes or make french fries on camera. There are those who have problems with environmental situations such as having to act in the cooler or working with strong-smelling chemicals. Amateurs are usually accustomed to these types of things.

I once had an actor who was playing a restaurant customer. She was a vegetarian and had to eat a hamburger. (I’m not sure why she auditioned and accepted the job without mentioning her aversion to meat.) She spit out the food after each take. It took quite a lot of time and effort to make it look like she was eating it, and more importantly, enjoying it!

I’ve had actors who were so “grossed out” by handling raw meat that they had problems such as grimacing and gagging. An amateur is used to handling raw foods and will look more natural doing it.

So should you use amateur or professional talent?

As you can see, there are advantages and disadvantages to both groups. Each show is unique. You will need to factor in budget, products being used, technical skills and knowledge required for the actor, acting complexity, your audience, and your goals.

In general, as a Director, I generally prefer to hire professionals whenever possible. This usually improves the quality and caliber of the video, making it more able to hold the viewers' attention. With the technology and the level of TV shows that people watch every day, poor quality can cause viewers to instantly lose interest and respect for the video.

I do particularly recommend the use of professional actors for roles that have more than just a brief line, and/or interactive behavior. I also believe that a pro is most effective when you are trying to model interactive communications and behaviors.

If the role is highly technical, an experienced company employee may be the only way to go. Of course, a tight budget is another valid reason for choosing amateur talent as well.

If a shoot I am directing makes use of amateur actors, then I go for the gusto with them. I do my best to get their best out of them. I make it a point to help them relax and feel as comfortable as possible on the set while giving them plenty of encouragement, appreciation, and direction. It’s also important to allow a little extra time when you plan for the shoot.

Whichever way you go, you can create an effective video with a good script, a great director, lots of pre-planning, and plenty of creativity using professional video editing! 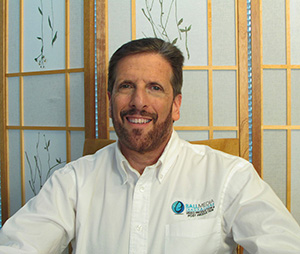 About the Author & His Company: Greg Ball, is President of Ball Media Innovations, Inc. Prior to starting the company, he ran the Burger King World Headquarters video operation. Greg founded Ball Media as a Miami video production company in 2002. He eventually expanded services to also become an Orlando video production company. Greg directs shows in both locations, as well as nationally, with crews throughout the country.

Do you have a video production project we can help you with?